7 Tick-Borne Illnesses You Need to be Aware of 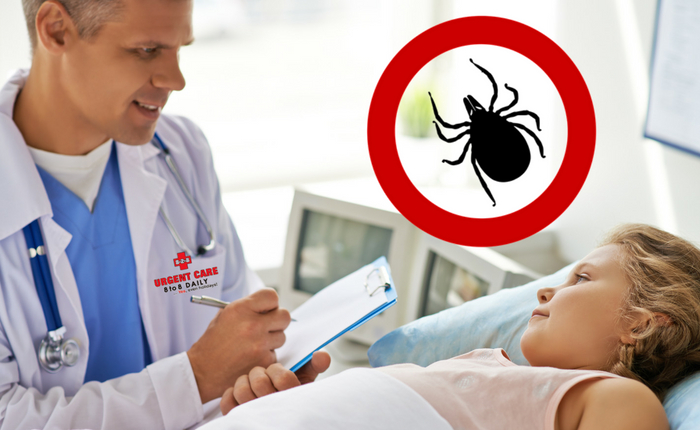 Tick-borne diseases, also called zoonotic diseases are contagious diseases that can be spread between animals and humans. Ticks do not produce illness on their own but a virus or bacterium infested tick can lead to diseases in humans if the pathogens get transmitted from the tick’s bite.

7 of the most frequent tick-borne diseases in the United States include:

Lyme Disease - The bacteria causing Lyme disease spreads through the sting of an infected black-legged tick and is distinguished by the appearance of a rash in the shape of a bullseye.

Babesiosis - It is a protozoan infection caused by microscopic parasites that contaminate your red blood cells. It’s frequently spread from black-legged or deer ticks.

Ehrlichiosis-Ehrlichiosis is usually propagated by the lone star tick. Sometimes a rash may be visible due to it.

Anaplasmosis - Anaplasmosis is bacterial infection spread by the black-legged ticks but is not as common as Lyme disease.

Tularemia - A highly contagious bacteria that is spread by dog, wood, or lone star ticks, is responsible for causing this disease.

Powassan Encephalitis - The virus known as Powassan (POW) causes this disease, through the bite of an infected tick. It does not transmit straightaway from person to person.

Fever/Chills - Patients can undergo fever at variable degrees with all tickborne diseases.

Aches and Pains - Symptoms of a headache, fatigue, muscle pains, and joint pains (in case of Lyme) are included in Tickborne disease.

Neurological Problems - Over time, devoid of suitable treatments, inflammation of brain can occur.

Preventing Tick Bites Tick exposure can take place all year-round, but during warmer months ranging from April to September, ticks are highly active. Early detection and treatment of the infection reduce the risk of severe complications.

Here are a few commonly asked questions about tick-borne diseases:

What Are the Chances of Getting Lyme Disease From a Tick Bite?

Fortunately, every tick isn't infected, so it's not necessary that you will acquire a tick-borne disease after a tick bite. Even in tick-infested areas, less than 5 % of sting leads to an infection that is easy to manage. If a tick is eliminated within 24 hours of biting, chances of Lyme infection drops dramatically.

How Long Does It Take to Know if You Have Lyme Disease?

Following a tick bite, there is a likelihood of acquiring one of these illnesses, but every tick is not supposed to be a carrier. If you have acquired the infection, it may be a few days or months before the symptoms can be noticeable, or no symptoms may appear at all. The symptom type and severity can vary with the specific illness, however, there are some common symptoms. Advance diagnosis is needed for successful treatment of tick-borne illnesses, so it is crucial to get in touch with your healthcare provider if you are undergoing symptoms.

What Viruses Do Ticks Carry?

Some experts have reported that about 38 viral species are communicated by ticks. Tick-borne viruses are observed in six different families of viruses and nearly 9 genera. Some tick-borne viruses that are considered big threat to the human health include the Bourbon, Heartland, and Powassan viruses. Powassan virus can lead to dangerous brain inflammation and may spread in humans much quicker than Lyme.

In general, after a tick bite, or following an exposure to a tick habitat, you should consider the advice of a health care provider, especially if you undergo symptoms similar to the ones mentioned above. Antibiotics are helpful in treating most of the tick-borne diseases. Your healthcare provider will determine the appropriate medication and duration of tick bite treatment suitable for your condition.