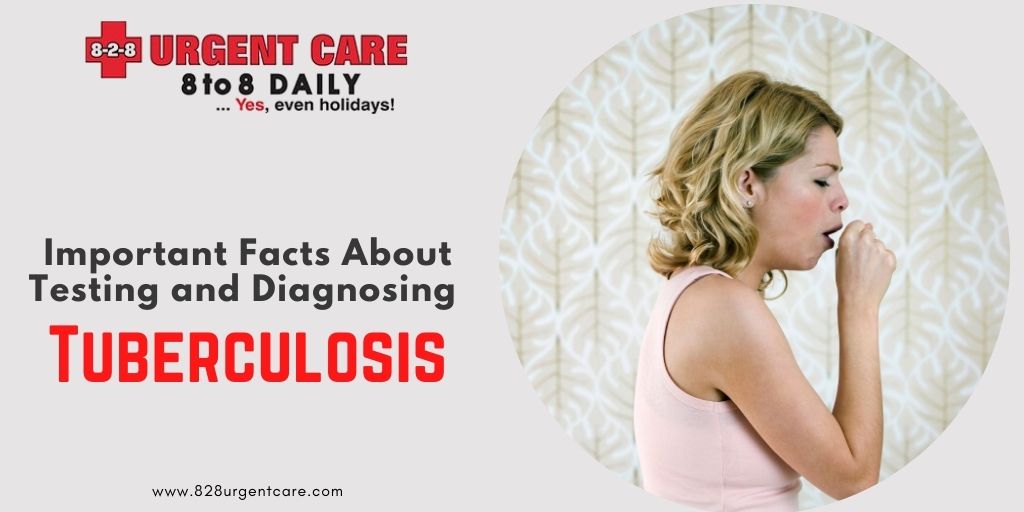 Tuberculosis (TB) is a disease usually caused by Mycobacterium Tuberculosis (MTB). TB is quite infectious and generally affects the lungs and other parts of the body as well. It spreads from one individual to another via the air when people who have active TB cough, sneeze, spit or speak. Sometimes, TB bacteria can live in the body without making a person sick. This is called latent TB infection.

Common symptoms of TB include:

A cough with blood-containing mucus

Two kinds of tests can determine if a person has been infected with TB bacteria:

Originally known as the Mantoux Tuberculin skin test, this test allows a doctor to check if the patient has a TB bacteria infection. Using a small needle, the doctor injects a liquid (tuberculin) into the skin of the lower part of the arm. After being injected, a small bump will appear on the patient’s arm. The patient must return within 2 or 3 days to have a medical expert look for any reaction on the patient’s arm, where the liquid was injected.

The result depends on the volume of the swelling around the injected area, the person’s susceptibility to being infected with TB bacteria, and the evolution of the disease if infected. If it is positive, additional tests are done to determine if the person has latent TB infection or TB disease. Treatment will be provided as per the additional results.  The result can only be negative if the patient’s body did not react to the test.

Excluding people who have had severe reactions to previously done TST tests, others like infants, children, pregnant women, HIV patients, and those who have had a BCG shot can receive a TST.

An Interferon Gamma Release Assay (IGRA) can measure how a person’s immune system reacts to TB bacteria by testing his or her blood in a lab. Blood is collected into designated tubes and is delivered to the labs as per the IGRA test instructions. The lab will run the tests and report the results to the medical experts.

If the results are positive, additional tests are done to determine if the patient has latent TB or Tb disease. Contrarily, the patient’s blood will not react to the test if there is an absence of TB infection or Tb disease. Any individual can have the IGRA instead of a TST. However, a person should have either a TST or an IGRA, except for rare cases that need both test results to determine an infection. If anyone has received a BCG shot or has difficulty returning for a second appointment for the TST after the test is conducted, IGRA is the preferred test method.

Based on your medical history, your healthcare provider determines the TB test to be conducted. If someone is diagnosed with TB bacteria infection, the medical experts will perform other tests to determine the presence of the disease. It can be diagnosed by physical examination, chest x-ray, and other lab tests. It can be treated by taking medications recommended by the medical professional. If the presence of TB bacteria is detected in the body, but the disease is not, then the latent TB infection is diagnosed.

f you are suffering from tuberculosis symptoms, contact our medical professionals at 8-2-8 Urgent Care clinic for diagnosis and treatment. We are a walk-in clinic in Oceanside, CA, and operate between 8 AM to 8 PM.

What Kind of Vaccine Should You Get During the Flu Season?

How Should You Prepare Yourself for Seasonal Allergies During Fall?

STD Testing: Who Needs to Get Tested and Why?