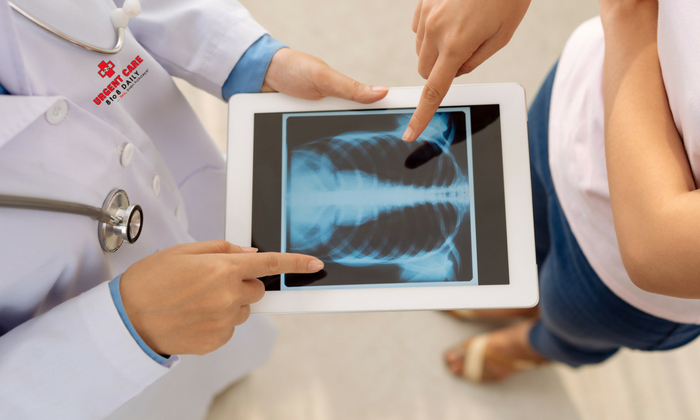 Tuberculosis or TB has been kept under control for decades by vaccines, but lately, more and more cases are being diagnosed. Almost two million people died from the disease in 2015 and almost 11 million new cases have been reported. There are two types of tuberculosis. Latent TB is inactive. It has no symptoms and isn't contagious, but it can transition to an active state. Active TB does have symptoms and can get transmitted from one person to another.

How is TB Caused? Is it Contagious?

Tuberculosis is triggered by bacteria that circulate from person to person through tiny droplets distributed into the air. This can occur when an individual with the untreated, active type of tuberculosis coughs, speaks, laughs, sneezes, spits, or sings.

Even though TB is contagious, it can be difficult for a person to contract. If a person has the disease and has received the correct tuberculosis treatment for at least two weeks or longer, they can’t pass-on the disease.

What Are the Symptoms of Tuberculosis?

The symptoms of TB are similar to those of the common cold and flu virus. Because they resemble one another so closely, doctors often misdiagnose the patient. A few common symptoms of TB include:

How Is TB Diagnosed?

In order to rule out TB, a skin test is performed:

Who Can Get Infected with Tuberculosis?

The following individuals are at the risk of getting infected with TB:

Can It Be Prevented?

The best way to prevent TB is to avoid being around individuals who are infected with the disease. Wash your hands frequently and eat a healthy diet so that your immune system is strong and resilient.

Can You Get Cured from Tuberculosis?

While once thought to be a disease of the past, TB is making a comeback. Tuberculosis treatment has to evolve to include newer more advanced options. Certain antibiotics must be used to treat TB due to the fact that many strains have become resistant to the traditional antibiotics used in the past.

If you have questions about tuberculosis treatment or what the symptoms of the disease are, contact your primary care physician.